For best results, Vimeotheque (the free version) should be updated to at least 2.0.16.

We released a minor update for Vimeotheque PRO to allow additional grant scopes to be given when granting plugin access to your Vimeo account.

To enable this functionality you must also update Vimeotheque to version 2.0.15 which is available in the WordPress repository. 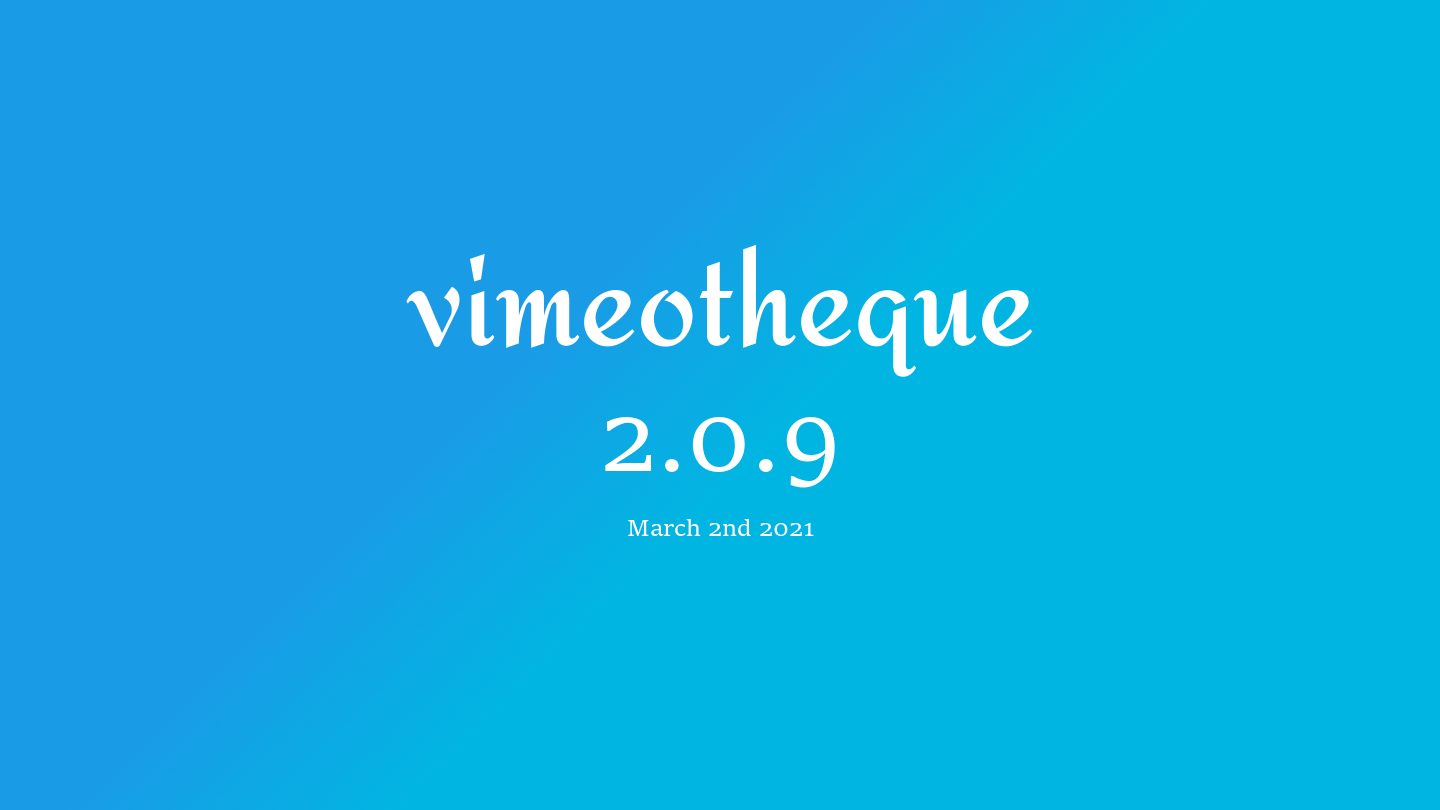 We improved functionality for playlist theme “Wall” to offer a better response to Mansory layout changes.

There’s also new functionality added to the theme, which now allow video playback to be done in modal window, without the need to navigate to a separate page to view the video embed.

Vimeotheque 2.0.9 comes with new actions after a video is imported, which include re-importing of the video title as post title, re-import of video description as post content and import of any additional tags added on Vimeo but not yet imported into WordPress.

These improvements are triggered by your website visitor once every 24 hours; the more attention a video post receives, the more it will stay up-to-date with the changes you make to it on Vimeo.

All settings for managing posts after they are imported are available under a new settings tab named “After import”.

This website uses cookies to improve your experience while you navigate through the website. Out of these, the cookies that are categorized as necessary are stored on your browser as they are essential for the working of basic functionalities of the website. We also use third-party cookies that help us analyze and understand how you use this website. These cookies will be stored in your browser only with your consent. You also have the option to opt-out of these cookies. But opting out of some of these cookies may affect your browsing experience.
Necessary Always Enabled

Any cookies that may not be particularly necessary for the website to function and is used specifically to collect user personal data via analytics, ads, other embedded contents are termed as non-necessary cookies. It is mandatory to procure user consent prior to running these cookies on your website.